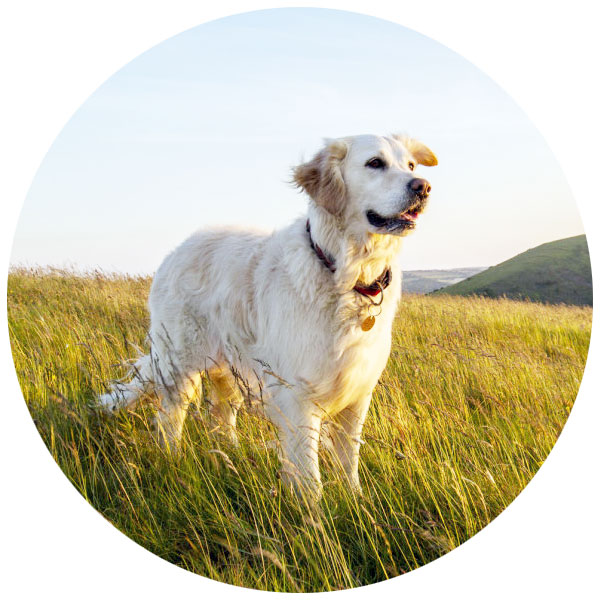 Spondylosis deformans is a collective term for degenerative changes in vertebral bodies. The medical term spondylosis is used to denote a degenerative disease of the skeletal structure of the dog, which in the dog is a regression of the intervertebral bodies, the cartilage, the ligaments in the spinal column and, later, the vertebrae themselves.

At an advanced stage, spondylosis can damage the nerve pathways within the vertebral bodies, provided that the vertebral bodies are damaged as a result of the cartilage decline. In turn, numerous nervous problems such as paralysis, incontinence, tremors (tremors) and reduced vision can occur. The genetic wear and tear of the cartilage mass between the individual vertebrae as part of the aging process in dogs and through overbreeding, but also through inadequate nutrition, is considered to be the trigger for spondylosis.

The consequences of spondylosis

Due to the regression of the intervertebral bodies, sooner or later these important cartilages can no longer serve as dampers for the various loads that act on the dog’s spine. Therefore, at an advanced stage, there can be considerable wear and tear and damage to the vertebrae. If this damage progresses, it is not uncommon for nerve bruises inside the vertebrae, which can result in failure symptoms and pain for the dog. Nerve-related problems are not uncommon in the further course of spondylosis.

How can a spondylose be treated?

In the spondylose firstly the wear of the elastic elements of the spine should be stopped and a strong back formed cartilage should already be rebuilt. This should in any case be done in due time, because as soon as the vertebral body through the spondylose is once damaged, the degeneration of the spine of the affected dogs mostly unfortunately cannot be reversed. In such a case it should also be ensured that the back and cartilage formed between the vertebral discs is rebuilt, so that no further damage to the vertebrae can occur. For this purpose the dog owners for his animal cartilage mass, tapes and between vertebral discs should administer very important joint nutrients MSM, Glucosamin and Chondroitin, as from our product DOG FIT by PreThis® JOINTS, in a high concentration, causing the degeneration of the spine elastic elements very well will be stopped and already formed cartilage in the spine can be rebuilt.

Vitamin B for nerve protection

In addition, we recommend taking care of the protection and regenerative ability of the nerves in the event of a diagnosed spondylosis. A high-dose vitamin B complex can prove to be very helpful for this. In spondylosis, as mentioned above, nerves can be injured, which lead to the failure of various organs. Incontinence, for example, very often goes hand in hand with spondylosis, since signal transmission is disrupted by injured nerves. The dog now needs B vitamins for the regeneration of the injured nerve cells. The longer an injured nerve is not reactivated, the longer its regeneration time and can lead to a complete failure. The vitamins of the B group are absolutely essential for a dog to protect and regenerate the nerves.

A timely and high-dose administration of the B vitamins from DOG FIT by PreThis® VITAMIN B, which are specially designed for the needs of dogs, can effectively tackle nervous sequelae of spondylosis and optimally support the regeneration of the nerves.