Herbs & plants – the power of nature for dogs 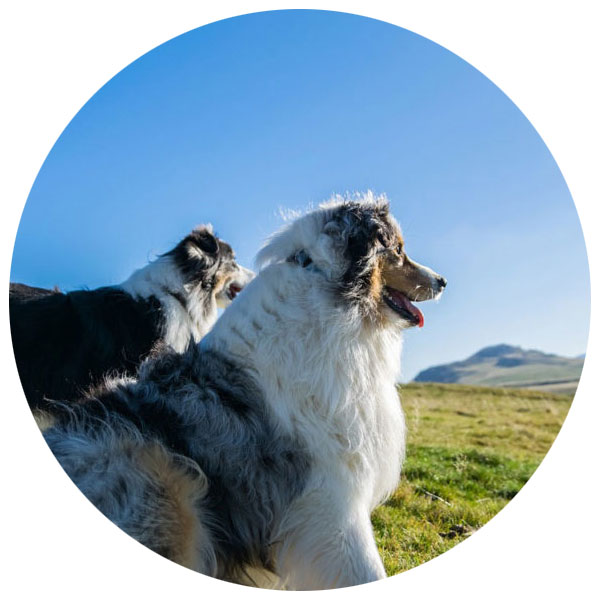 Herbs & plants for a holistic treatment

Not so long ago there were no antibiotics or synthetic pharmaceuticals. Instead, illnesses and ailments were alleviated with the power of nature. Then came modern veterinary medicine and made us almost forget the wonderful effects of many herbs and plants. These natural remedies can often promote the health of our dogs in a particularly gentle manner and without side effects. They are no less effective at this. So it is all the more gratifying that more and more people are now returning to the roots of veterinary medicine and rediscovering the power of herbs and plants for their pets.

We use the following herbs and plants

Our products contain only high-quality and very gently treated herbs and plants in order to achieve maximum bioavailability and effectiveness. The natural ingredients are precisely matched to each other so that they support each other in their effect and promote health in the long term.

The power of nature for your dog

Veterinary medicine is rightly finding more and more followers who value natural treatment. The large number of well-known herbs and plants offers a wide range of options for effectively treating a wide variety of symptoms. For example, our product uses DOG FIT by PreThis® FRESH the herbal power to sustainably improve bad breath and gingivitis in dogs. The preparation follows a holistic approach, which also takes into account problems of digestion, as well as the mouth and throat, and thus not only combats the symptoms but also the causes in order to be able to achieve a stable oral flora and harmonious digestion again.