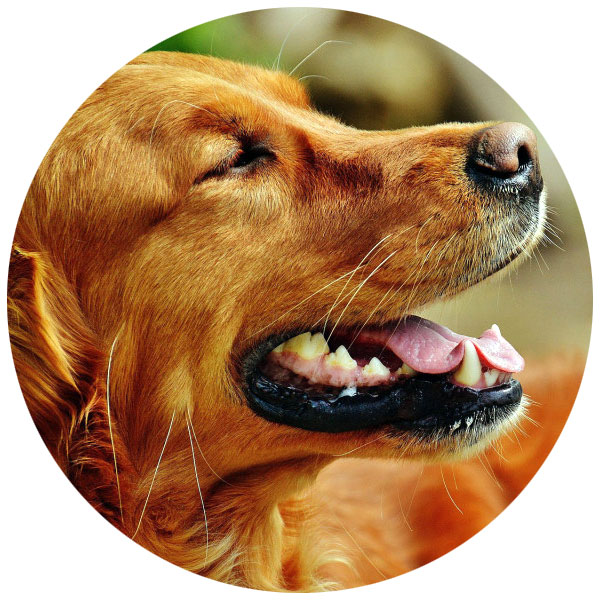 The most common diseases in dogs affect the joints, vertebral bodies, dentition, nervous and immune systems and gastrointestinal tract.

The wolf-descended dog is basically a very robust animal. Over the years, however, man has unfortunately contributed to the fact that many dogs suffer from a wide variety of diseases due to overbreeding and inappropriate husbandry and nutrition. Diseases that used to be rare or even non-existent. At the top of the list are joint diseases.

It is not uncommon for joint diseases to be noticed by many dog owners only at an advanced stage, when the dog shows conspicuous features in its movement, its gait. Sometimes it can already happen at this stage that the dog’s joints already show clear damage – now it is important to become active quickly!

The most well-known diseases at a glance:

Arthritis is a very common joint disease in dogs. It manifests itself through a painful and often chronic inflammation of the joints and is divided into bacterial infection, arthritis caused by fungal growth and rheumatoid arthritis. Arthritis is also often triggered by the joint cartilage wearing away, as this allows the various stresses caused by the dogs’ movements to act on the joints in an undamped manner. The friction in turn causes inflammation in the joints, which can be accompanied by enormous pain and considerably restricts the dog’s natural agility. In part, a weakened immune system can also be (partly) responsible for arthritis. For more information, see: Arthritis in dogs

In Osteoarthritis is a major joint wear, which in turn from the unprotected exposure effects through a worn out cartilage and a lack of synovial fluid can arise. Assign a cartilage a considerable long-term wear and it can therefore load the various influences which are not optimal damping and buffers, so is it places the affected joint to an irreparable wear, a so-called bone abrasion sets. From the joint wear are usually lasting pain as well as significant reinforcements and sooner or later these syndromes for a dog to a serious restriction of its quality of life. From osteoarthritis is rarely a chronic arthritis. For further information see: Osteoarthritis in Dogs

As hip dysplasia (HD) is a non-rare congenital or even at an advanced age only occurring because of incorrect position of the hip in dogs. The hip dysplasia is a typical characteristic for the breed of racing dogs. The incorrect position of the thigh of the dog usually occurs in combination with a joint wear with the HD not infrequently the actuator can be. The symptoms of hip dysplasia are mostly in a distinctive image gear and a weakness in the rear run to watch. In an advanced stage, the misalignment of the hip triggers massive pain. For more information see: Hip Dysplasia in dogs

Incontinence (urine or feces) can hide bladder or muscle weakness, castration, but also a herniated disc or an incipient or already acute spondylosis (spondylosis deformans). In addition, the aging process is accompanied by a decline in the function of the nerve cells. In many cases, injured or weakened nerve tracts, regardless of the associated previous illness, are jointly responsible for incontinence.

The death of the spinal cord tract, which is responsible for transmitting signals between the brain and the nerves of the limb, is known as degenerative myelopathy. It occurs predominantly in large dogs. The hind limbs are affected first, dogs begin to sway in the gait pattern, lose the rear muscular strength, sink more and more in the hind legs and can finally be completely paralyzed. In the course of this, the forelegs, respiratory and throat muscles can also be impaired. In order to regenerate the damaged nerve cells as much as possible, the administration of a highly concentrated vitamin B complex is recommended.

Dogs can also develop cognitive dysfunction, also known as dementia. It mostly affects older dogs, just like us humans. The decline in cognitive abilities affects memory, learning, comprehension and attention. The behavior of the dog changed as a result and leads to a handling of the dog that is very adapted to the disease. Unfortunately there is no cure for dementia, but progress can be slowed down with a highly concentrated vitamin B complex.

Bad breath is very common in dogs. It is usually caused by gas-forming bacteria in the mouth and throat. Tartar, inappropriate food and breed-related predispositions usually go hand in hand.

Unfortunately, tartar and plaque are also typical diseases of our domesticated domestic dogs. Where the wolf has no problems with it, tartar in the domestic dog is often the trigger for secondary diseases such as bad breath, gingivitis, inflammation of the roots of the teeth, tooth loss and even liver and kidney damage. The causes are usually to be found in the diet, although smaller breeds, such as the Yorkshire Terrier and Chihuahua, are particularly susceptible to tartar.

Diarrhoea, soft faeces and hyperacidity in dogs can have many different causes. Feeding, e.g. an intolerance to a feed ingredient, a too high or too low protein or carbohydrate content, a bacterial infestation (e.g. Helicobacter), parasitic protozoa such as Giardia or also an immune deficiency (usually in combination) can be possible triggers. Psychosomatic triggers such as stress or anxiety are also not uncommon in dogs. Here it is important to get to the bottom of the cause, a good veterinary practitioner is the right contact person. After the cause has been found and eliminated, it is usually important to rebuild the intestinal flora and thus get the dog’s digestion going again.