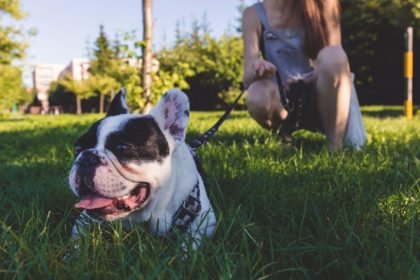 There are always discussions between dog owners as to whether a leash is necessary or not . But what is the dog leash actually for? For example, we take our children by the hand when there is danger or when they are restless. So you can see the leash as an extended hand for our dog to create a connection between human and dog. But you shouldn’t use them to discipline the dog or tug at it like crazy. On the other hand, of course, she’s not there to hold on to and let her dog pull her around.

What is the leash actually for?

A well-trained dog can easily be put on a leash and goes with its protector because it knows that it will be released again. There you can do your studies with dog encounters. If you protect your dog properly, we take him to the other side and avoid unpleasant encounters. In the past there was even the “line jerk”. The dog was allowed to advance, only to be dragged back. Thank goodness we’ve completely gotten away from that. All you have to do is watch the dogs, for example when walking in a group, a recognized strong dog will be recognized by the others as a ‘protector’. As if on an invisible leash, the others gather around him. The bottom line is, the leash is a means of education for weak protectors, a means of protection for strong educators – whether mental, made of fabric or leather.

Leash compulsory – does it always have to be?

In many places there is a leash requirement, sometimes even in the whole place. The areas without free running are becoming more and more. Unfortunately, this is not a species-appropriate solution and the leash requirement almost everywhere is really not a nice trend. Dogs without a free run are no longer utilized and unbalanced. And so a lot of energy and frustration accumulates. If it is too much for the animal, depending on the temperament, breed, upbringing and size of the dog, it can get away with the dog and even become dangerous. When the dog breaks loose or finally finds a track, it runs after everything. Whether it’s another animal, a child, a cyclist or a jogger, the dog doesn’t care when it’s finally free. Passers-by and other dogs can then expect violent encounters. When the owner finally catches the dog again and disciplines it, they realize that their freedom is being taken away from them again. Then it can happen that a fuse blows out of desperation, so to speak. He reacts with aggressive protest and, if possible, finally flees. This is a bad gyro, because compulsory leashes are supposed to protect people from dogs. However, this results in an increased risk, as just explained. When the time comes, the most peaceful dog can fall out of character.

If you raise the problem with municipalities and warn them, they are happy to reply that they do have a few open spaces. But that’s not so easy in densely populated cities, where too many dogs have to share too little space. This is annoying for dog and owner and can also make aggressive dogs if there is not enough space. Then there is often trouble between dogs and owners.

The dogs were still allowed to be dogs and were allowed to romp and fight. The whole family watched proudly as their four-legged friend rushed off. We ourselves had dogs that often went for a walk through the village and then came home happily by themselves. But I have to say that, as I said, this was in a rural area and was years ago. That should also be possible today – should be normal. That would be good for both dogs and humans, and the risks would be reduced. 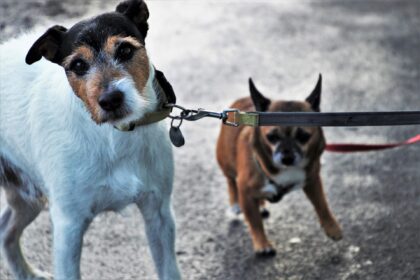 Many dog owners also think that the dog might take offense if you try to put it on a leash. For example, when it is playing with other dogs. They think that the dog. feels negative if he can no longer romp around. But dog therapists see this as a good example of how many people unconsciously humanize dogs. In fact, we associate the leash with bondage. In a good human-dog relationship the dog wouldn’t mind walking next to its human on a leash – on the contrary, it’s explained, it even enjoys it, since it’s in its nature to follow us.

Which dog leash is best?

We don’t think a pull-out line is suitable. Our arm doesn’t automatically lengthen when the child wants to go further away. It’s actually also unfair if the dog is pulled over without warning. This is also not good for the four-legged friend’s cervical vertebrae. The main thing is the normal leashes. This is where opinions differ. Some want total freedom, with the result that their pushy dogs will run at any dog. Others want total leash control and think that’s the only truth. Both is not possible. You often see dogs pulling on the leash because the leash makes them uncomfortable. It’s obvious that the owner hasn’t built trust in his dog, so he’s moving away from him. He doesn’t feel protected. That’s exactly how people feel, where they feel uncomfortable, they want to get away.

The tow line – good for training

The great advantage of the leash is that people can influence the dog, even if it is far away. It can also prevent the dog from rewarding itself with wrong behavior. For example, if the dog likes to hunt, it will reward itself with a hormone cocktail. Especially when he goes to a fundraiser and dashes after a rabbit. It doesn’t matter to him whether he catches the hare, the hunt alone makes him feel happy. That’s why he won’t listen again in the next situation and will rather follow the rabbit. It is precisely in such situations that the dog can be influenced by the leash and does not let him take part in the hunt, which means that he cannot reward himself either.

No effect without training

However, there is a disadvantage in handling the leash itself. Most dog owners just go for a walk with the leash and don’t even try to train the dog to stay close to the dog owner. When the towline is off again, one is surprised that the dog runs away again. The leash should prevent the dog from running away. You have to train him to turn and come back before the line runs out. Running only with the tow line and the dog hanging on the other end unfortunately does not bring any training effect. Only when the dog stays within the radius of the leash without using it completely, you have properly trained the four-legged friend to stay with the master or mistress.

Leash yes or no? 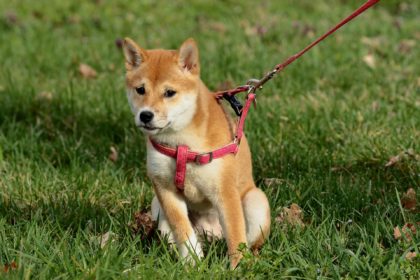 That shouldn’t really be an issue, because most dogs live in an environment where they have to be on a leash at least part of the time anyway. That is why many dog trainers and dog owners advocate familiarizing every four-legged friend with it from the start. Then she is something completely normal for him. But many dog owners think that a dog only feels good when it can walk next to you off a leash. However, being off a leash does not automatically mean freedom.