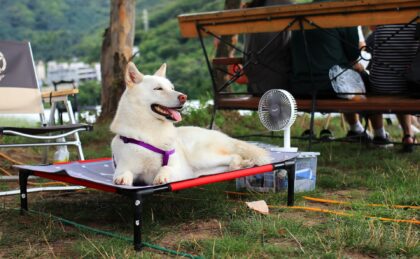 It won’t be long before you’ll be back, the dog days. These are the hottest days in Europe. They usually last from 23.7. – 23.8.. Sometimes earlier, sometimes later. It is important for dogs not to let them out in the heat. Especially not if you take them with you in the car. An outside temperature of just 20 degrees is enough to overheat the car and possibly turn it into a deadly oven. The Dog Day is named after the constellation of the Great Dog ( canis major). It takes 30 to 31 days from the beginning of the constellation to visibility as a whole, hence the term “Days of the Big Dog”.

Many dogs also suffer from high temperatures and humidity

They often spend the hot days snoring and exhausted in a cool corner of the house or garden. My big dogs even preferred lying in the basement, at least where there were tiles. Because dogs only have a few sweat glands, they can only cool themselves off with their paws and tongue. Because this is often not enough, it is shown by severe panting. Older dogs or dogs with heart disease, as well as those with thick fur, suffer particularly badly. In the worst case, you can even get circulatory problems. But others also overload themselves quickly – especially when they move quickly, for example when they go jogging.

A walk in the blazing sun is often enough

It doesn’t even have to be in the car. Many dogs also have to run next to a bicycle. Most of the time you will hear from the owners that my dog doesn’t mind, or he has to go through with it. You just don’t have to wait for the hottest time, that’s from four o’clock in the afternoon. Dogs with heart disease should not be walked at all from an outside temperature of 18 degrees, but should ideally be kept at home in the cool shade or with air conditioning. But walks should still be taken, they are good for dog and owner. But then rather in the morning at sunrise and in the evening after sunset. So, it is strongly advised that walking or jogging with the dog as well as dog sports should be postponed to the early morning and late evening hours. It can also help if the usual walk is shortened or if you go to a shady wooded area.

If you live in an attic apartment, for example, where the summer heat tends to build up, this can become a big problem for our four-legged friend. So tip number one: ventilate well and ideally leave the windows open! There are also special cooling mats in specialist shops that are supposed to lower the dog’s body temperature. It is important to ensure that the dogs are not left unattended, as they could easily nibble on the gel core of this mat. A very simple remedy is to put a damp t-shirt on the dog (if he or she puts up with it.) But don’t leave it on too long, lest he catch a cold.

It is always very important to have enough drinking water 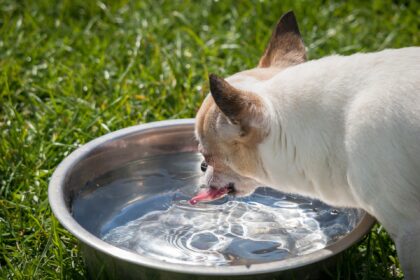 It is best to set up several bowls in the house and garden and then clean them regularly and fill them with fresh water so that the four-legged friend does not die of thirst. When feeding not too large portions auGive f once, preferably in two rations. What to do with dogs with thick fur? Experts advise regularly combing out the undercoat so that cooling air can get to the skin. Or have it cut short, but not visible. Because what many do not know, dogs can actually get sunburn. Above all, the white-furred, slightly hairy dogs are endangered. That’s why you can protect your nose and ears with sunscreen. The vet recommended, it was read, 24-hour sunscreen for children with sun protection factor 50.

Unfortunately, many dogs die every summer that are left alone in the car

The problem of driving with a dog must also be considered. It is best not to open the window too far, as many like to do in warm temperatures, but the draft can even cause neck and eye problems for the driver. This can lead to painful eye infections in dogs. Better to ventilate well beforehand and turn on the air conditioning while driving with a low fan. Dogs, like other animals, should never be left in cars in the summer. The vehicle interior can quickly become a deadly trap. If the car is in the sun at 30 degrees, it heats up to 37 degrees in 10 minutes and to 46 degrees in 30 minutes. This can lead to life-threatening heat stroke and more. 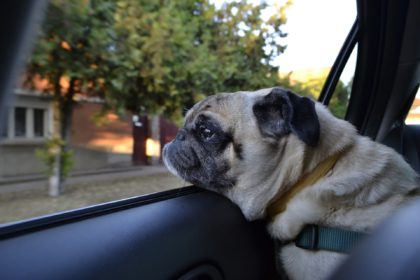 But even the famous five minutes can collapse a healthy dog. What can each individual dog lover do to ensure that nothing so bad happens? In the best case, you should carry an emergency hammer with you in midsummer. Finding a dog in a car screaming for help or already lying motionless on its side panting is definitely an emergency. Or, in the worst case, not breathing. You shouldn’t wait until the alarmed police arrive, because every minute counts. So it’s best to break the window and cool the animal in the shade and if possible make water available to drink while the vet is called. Old and sick dogs, for example with heart diseases, are particularly affected.

What to do if you have heat stroke?

The first signs are heavy panting and salivation. Sometimes the insides of the ears become red, hot, and there may be problems with balance, diarrhea, and vomiting. Then, it is explained, the collapse is not far away.
What to do? Immediately move the animal to a cooler environment and treat with wet compresses. But use lukewarm water. Then it is best to visit the veterinarian as soon as possible. As explained by the doctor, he can try to stabilize the organism with the help of infusions, cooling mats and medicines that stabilize the circulation. But to make sure it doesn’t get that far, every responsible dog owner should follow the recommended rules of conduct. And what is particularly advisable is to always keep a close eye on the dog, as well as cats and other pets, on hot summer days.