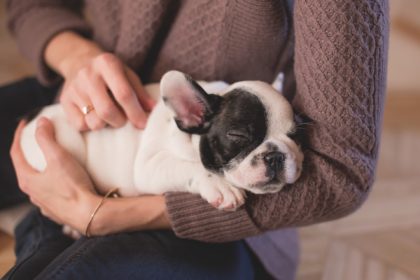 The right praise sometimes works wonders. Praise doesn’t just mean a lot to us humans, it’s also good for dogs when they get recognition and appreciation for something they’ve done well. You can also use praise for your four-legged friend’s upbringing and training.

Praise is also part of the training in modern dog schools.

Recognition not only increases the dog’s self-confidence and willingness to cooperate and learn. It also has the benefit that praise increases the likelihood that the behavior for which the dog has been praised will be exhibited more often.

However, praise is only good when used properly

And it will be really nice for the dog if a treat follows afterwards. Since dogs are smart, they will offer the good behavior or similar more often because they know that the reward will follow. It is important to note such small peculiarities, even with the holder. If you throw him a toy when he’s doing well and he’s being praised, it has to be a toy he wouldn’t get otherwise. If he has it available all day anyway, it quickly loses its meaning.

You can try out your four-legged friend and which games he particularly likes or which treats. While there is only a small reward and praise for an easy task, there is a top reward for mastering a difficult task. This encourages the dog to keep doing more and better. If the dog has understood a game or has carried out a command well, it does not automatically have to get a cheering “Feeiiiin”, a pat is enough, for example, just to sit.