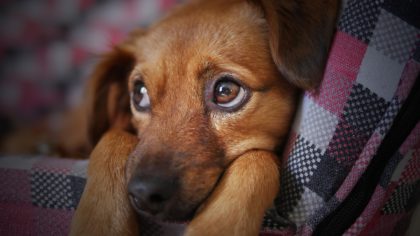 Something to smile about, but with real content: During a visit to the European Parliament, it was read that one saw that there were 21 speakers’ booths for umpteen foreign languages are. That’s what the building of the Tower of Babel brought us. At that time, because of the greedy request of the people, the good Lord mixed up all the languages as punishment, remember, the Tower of Babel. That’s why interpreters and foreign language correspondents became necessary.

The English dog is called God backwards – and they have been given a language that is valid worldwide. You don’t need a translator, because both a game proposal among dogs and a growl are internationally understandable. In addition, dogs always communicate with a certain body language that has developed over centuries. Sometimes one thinks that they only bark for humans. Or often they combine barking with body language and are happy how we react. If they bark and run to the cupboard, why don’t we go right away and give them a treat.

The body language is subtle with many facets

They have the finest mood signals and many fixed rituals that make international understanding a piece of cake. If the diplomats would imitate that, the world would have been much better for a long time. A clear lowering of the front body (play request), for example, would signal to Russia that they only want to “play”. If you show your stomach as a politician, it means that you will not use your weapons. Avoid colleagues from the opposition – you could also wrinkle your nose and bare your teeth. If people didn’t always get involved, encounters with dogs would be much more peaceful. They are masters of communication and we could actually learn from them.