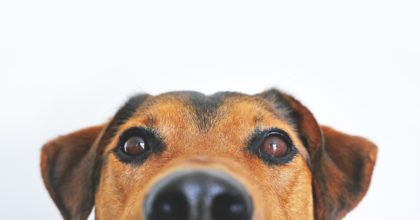 Is there a difference? A dog that has spent its time in the kennel without experiencing anything, for example, comes into experienced hands. Now he “scans” everything that happens around him. He sees Mum open the door and realizes that the treats are in the basement. It looks like intelligence when he manages to open the doors with his paw to get into the basement. Like grabbing a pack, ripping it open and eating the treats.

Conscious training of a process

Education would be if you would consciously train a gifted dog to do this. But it would not only be education, it would be stupid to teach the dog something like that. Then there are the dogs that encourage a visitor to take them down to the basement and give them a treat. He leads him to the shelf and looks up. If the victim is dull or not sure if it’s allowed, the dog jumps up on him and makes it clearer. According to the expert, this is a successful combination of intelligence and education.

Straight to your goal without training

Intelligence is being able to deal with something right away, i.e. realizing it and achieving your goal when implementing it. The geniuses among the four-legged friends still transform them so that what they want fits their lives even better. For example, there are dogs who want their sleeping space in the hallway in front of the shoe dresser. Then they know that the two-legged friends have to come by, because they don’t leave the house without shoes. This is how they remember when you take them out. Or, as the author knows from his own experience, dogs always lie in such a way that they have their people in view. When everyone is there, he can sleep peacefully.

Dogs are masters of facial recognition

Also, all dogs are actually masters of recognizing their people’s faces and notice exactly when you want to outsmart them. Especially the more intelligent among the four-legged friends are difficult to outsmart. The furry friends keep their universe mostly to themselves, but are able to penetrate our feelings and manipulate us mercilessly in wonderful ways!